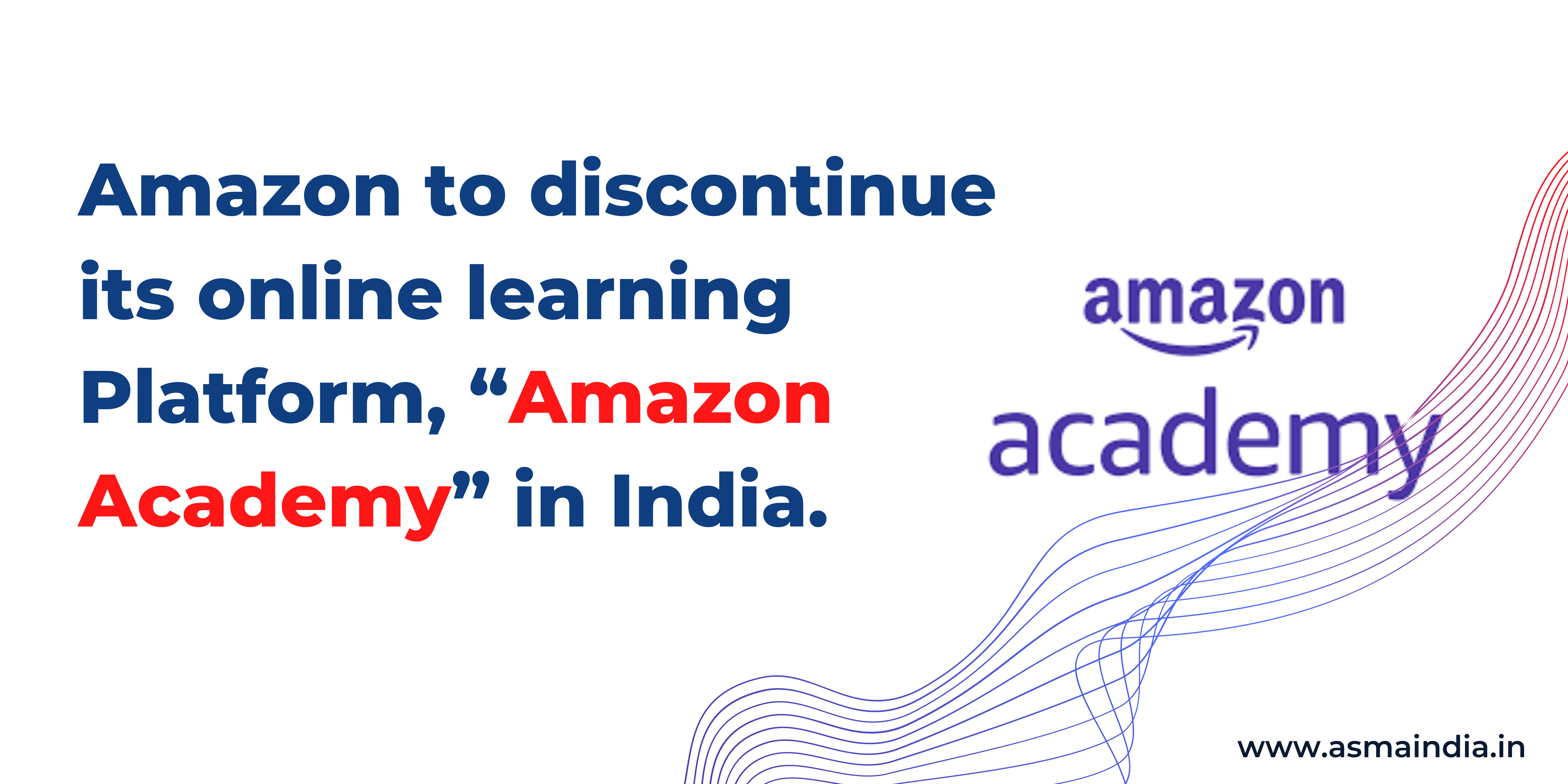 Amazon Academy, an online learning platform it created in India for students last year, will be closing down. It will gradually discontinue offering edutech services throughout India from beginning of August 2023, and a refund will be given to anyone who registered for the current academic batch.

Last year, Amazon formally launched the Academy for the preparation of JEE with the objective of helping students prepare for admission to the prominent engineering universities around the country. The academy was offering learning material, live lectures, mock tests, and comprehensive assessment to help students prepare for JEE.

The Amazon Academy’s offering was a significant move in the Indian Edutech industry, creating a competitive environment for other Edtech companies such as Byju’s, Unacademy, and Vedantu.

“In 2022, 35 lakh students appeared for the 10th and 12th CBSE Board exams, creating a potential opportunity for the Indian education industry and a key to economic development and prosperity.”

Many large corporations have announced plans to invest in India in the race to dominate the Edutech market, with Facebook joining General Atlantic, Sequoia India, and others in a new $110 million round of funding into Unacademy, one of India’s fastest-growing education technology start-ups.

With the threat of recession looming over many economies, many are scrambling to remain in the newly invested business sector. As per the media reports, Amazon is also planning to cut about 10,000 jobs. Amazon also discontinued its team operating the AWS tutorial and other online courses, as per media reports.