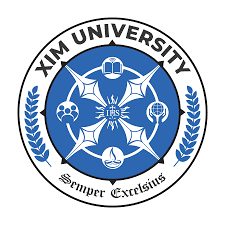 IlluminatiX – the Media and PR Cell of XIM held its 8th edition of the Annual Media Conclave, Communiqué ’21, on the 10th of October 2021, themed “Domino Effect PR: Communication in the Hands of the Masses.”

Communiqué was kickstarted with a brief introduction of the theme. The launch video was played, which gave a glimpse of the entire theme and set the direction for the conclave.

The first speaker was Dr. Samir Kapur, Director at Adfactors PR. He spoke about what PR means in the modern world and how technology has helped revolutionize PR. Further, he put forth his ideas on how PR matters more than ever and how to think of the world as a storyteller. He also emphasized the use of Google, juxtaposing it to the world’s reputation management system and tomorrow’s PR metric. In his closing remarks, he mentioned that the new age manager needs to understand that the control era is gone and he emphasized on the importance of people management. Post his talk, the speaker answered the students’ questions.

After a short break, the session resumed with the introduction of our second speaker – Mr. Mudassar Hossain, Managing Partner at Ogilvy. In a highly interactive session, he spoke about the significance of the human touch and how human values can impact PR. He mentioned that the power of ideas and story creation reflects on the products of a company. He shared his insights on the importance of human actions on PR, and through many examples, he explained Domino Effect PR. He even introduced a new notion of the Product Story being the king and not Product Functionality and how brave brands were admired by the customers.  At the end of his talk, he interacted with the audience and responded to their queries.

The third and final speaker of the day was Mr. Prashant SUkhwani, Brand & Communications Head at Burger King Corporation. Post his introduction, he shared his observations of how the domino effect takes place. He explained how the proliferation of an event occurs due to PR. Through several examples of Burger King, he explained how the campaigns were affected and took advantage of a range of trends. He emphasized the importance of context in a conversation and mentioned that the domino effect could not happen overnight when it comes to consumer behavior changes. He gave his insights on how to deal with changes and pointed out the challenges in doing so. Post his talk, the speaker answered the students’ questions.

The conclave concluded with a vote of thanks given by the student coordinator of IlluminatiX – Media and PR Cell, Ananya Das.

Technology Has Led to Industry 4.0 and This Has Transformed Education 4.0, Say…

Communication Should Be Specifically Crafted for Today’s Target Audience, Believe…